One Meal a Day Keeps Poverty Away

One Meal a Day Keeps Poverty Away

“Poverty is the worst form of violence,” said Mahatma Gandhi.
I would like to share an experience of encountering poverty at
a close quarter. It is the true story of a young girl facing the brunt of poverty.

Anjali Ladku Khandvi is an 11-years old girl living with
her brother Ram and her sister Surekha in her parents' house in Pachghar, a village in Wada Taluk of Palghar district adjacent to Mumbai. Her parents work in a brick kiln and are unemployed during the monsoon.

ISKCON and its associates are known for serving hot,
hygienic, wholesome and nutritious meals prepared from
ISO certified high tech kitchens which will help nourish
the children. ISKCON mid-day meal has brought a ray of hope
in the life of Anjali. Her parents did not mind sending her to
the school because she gets a nutritious stomach full meal at
her school.

Poverty is the root cause of malnutrition amongst rural and tribal children. Anjali, who was malnourished, is fortunate: by joining
the school and getting a nutritious mid-day meal every day she is now healthy.  In fact, she enjoys studying and playing with her friends in the school.

There are thousands of cases in the rural and tribal area where poverty has led the children not only to chronic diseases but in some cases to death also. About 800 infants died, apparently of malnutrition, in last two years in the district of Palghar, which has a dubious reputation of malnutrition deaths in some tribal areas.

There are also cases where poverty has driven young minds
into several anti-social activities like robbery, cheating,
etc., which in turn leads them to bad activities such as
smoking, drinking, drug addiction, sexual violence, etc.

Poverty and moral values are two major issues that
underprivileged children face today. If these two issues
are addressed appropriately, we can build a bright future for
them as well as a better society and nation.

Though serving mid-day meal to school children is a scheme of the government of India, there are many unaided schools in the remote rural areas looking forward for mid-day meals from non-government organizations like ISKCON.

Come and join hands with ISKCON to serve 'One Meal a Day'
to underprivileged children in rural/tribal schools and
'Keep Poverty Away'. 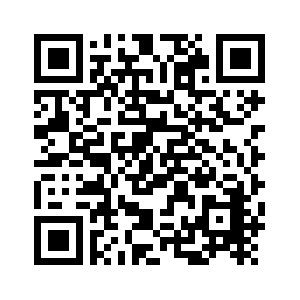 Amount can not be blank*

Add/Update Image For Your Fundraiser